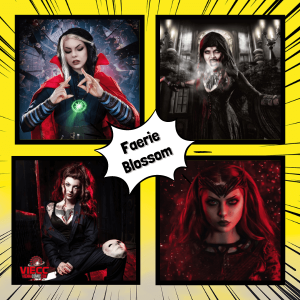 The convention everyone has been waiting for is finally back! In 2022 it will however not be held in late November but early October! Wonderful news!

The red carpet at the Messe Wien is ready to be laid out, because the fans of the VIECC Vienna Comic Con can expect an impressive star line-up in October. Stars from the series and films such as Vikings, Pirates of the Caribbean, Game of Thrones, Harry Potter and Tarzan will be flown to Vienna to celebrate the best weekend of the year with their fans. They will be available for autographs, panels and photos on October 1st and 2nd. 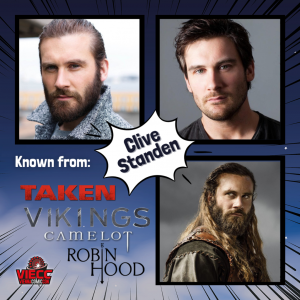 Vikings – Attention fans: Clive Standen – better known as Ragnar Lodbrock’s brother, Rollo Sigurdsson – is one of the guests at the upcoming VIECC. The British actor began his career at the age of 12 and successfully starred in series such as Camelot, Doctor Who and Robin Hood.

Kevin McNally fought his way through all five parts of Disney’s Pirates of the Caribbean alongside Captain Jack Sparrow in his role as Mr. Joshamee Gibbs. The Briton already has 40 years of screen experience to his name – including many international successes such as Supernatural, Doctor Who, Downton Abbey, Midsomer Murders and The Good Fight. His voice can also be heard in the bestselling Disney game Kingdom Hearts.

King Joffrey Baratheon from Game of Thrones will honor the VIECC with his presence. He is played by none other than the Irishman Jack Gleeson. Before ruling the screen, the talented actor could mainly be seen in theater productions. 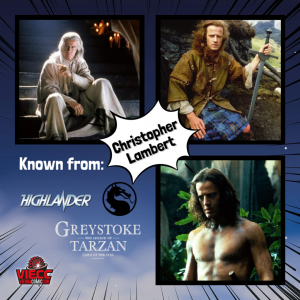 Highlander Christopher Lambert and the magical Anna Schaffer are also on the guest list.

From the World of Demogorgons and the Most Famous Heist

Only a few weeks ago, the most exciting season finale of the year kept fans glued to the couch. While all eyes were directed towards Hawkins and Russia, a well-known smuggler Yuri Ismaylov, was playing his tricks in the series Stranger Things. In the series, he is played by Nikola Djuricko, one of the biggest Serbian film and television stars. His face also appears in many international films alongside high-profile world stars.

The next guest on VIECC is coming from another unforgettable series finale. Luka Peros plays the role of Marseille, a technical genius fighting alongside the Professor in Money Heist who is instrumental to the plans in Madrid. The Croatian actor currently lives in Spain – coincidence? Maybe we will find out at his panel in October.

Luke, I am your Father…

… might be the most recognizable sentences in the film history. The honor of lending his voice to Luke Skywalker went to a German voice actor Hans-Georg Panczak. His best-known roles also include Mr. Smithers from The Simpsons and Glenn Quagmire from Family Guy. 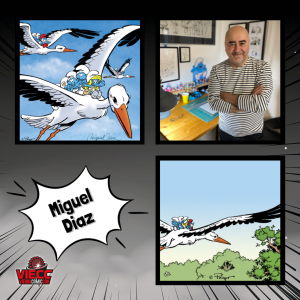 From the World of Comics

The cartoonist Miguel Diaz was chosen to continue the legacy of the great Peyo and his Smurfs. In October, he will be traveling from Belgium to Vienna to sign autographs and draw sketches at Comic Artist Alley.

Marco Castiello will be paying another visit to the VIECC and making Marvel and DC fans’ hearts beat faster once again! He has already drawn for Ant-Man, Spider Woman and Captain America. Among his current projects are also Star Wars.

From the World of Fantasy

Bernhard Hennen achieved his international breakthrough with the novel The Elves. His books have been translated into ten languages, reached a total circulation of over 5 million and spent more than 100 weeks on Der Spiegel bestseller list.