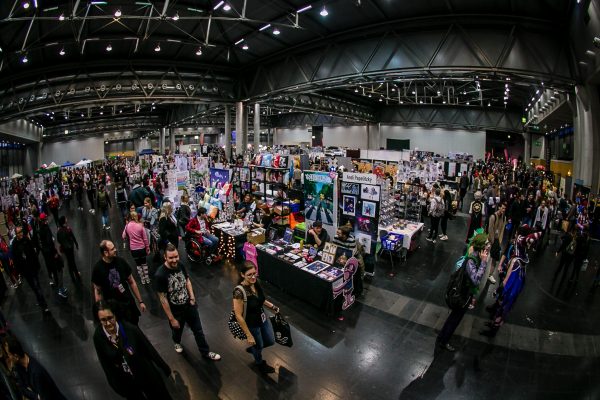 The VIECC Vienna Comic Con and the VCA Vienna Challengers Arena are back. They will be held together at Messe Wien from 20 to 21 November. Many international top stars have announced their attendance – more than ever before. Actors Kevin McNally, Christopher Lambert and Anna Shaffer will be signing autographs, comic artists Mirka Andolfo, Donny Cates and Marco Castiello can be seen drawing and selfies can be taken with cosplay greats Taryn, Danny McFly and Sayuri. That’s just a small excerpt from this year’s guest list. What further distinguishes the current edition of the convention: Europe’s most extensive Artist Alley with over 200 artists from 16 nations and two Austrian premieres.

The star line up for 2021 is sensational: more stars than ever before have accepted the invitation to the VIECC Vienna Comic Con. Fans can look forward to stars from Game of Thrones, Harry Potter, The Umbrella Academy, The Witcher, Outlander, Hobbit, Preacher, but also legends like ‘Highlander’ Christopher Lambert, ‘It’s a me, Mario!’ Charles Martinet and others. 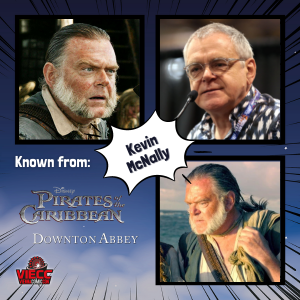 Kevin McNally is specifically known for his role of Joshamee Gibbs alongside Johnny Depp’s legendary Captain Jack Sparrow in all five parts of Disney’s Pirates of the Caribbean. Kevin McNally made his film debut in the 1977 James Bond film “The Spy Who Loved Me”. He was cast in further film roles in Johnny English, The Raven, Lege nd, Phantom of the Opera and Valkyrie with Tom
Cruise. Free panels and autograph sessions will give fans the chance to get up close and personal with their star. 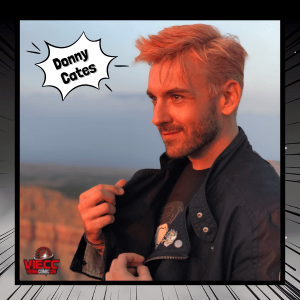 U.S. comics superstar and ‘bad boy’ Donny Cates is live on the scene. He is currently working on the remake of Marvel’s Thor, but also Venom, Cosmic Ghost Rider, Death of the Inhumans, Redneck, Guardians of the Galaxy and Babyteeth. Mirka Andolfo, who has wielded her pen for titles such as Wonder Woman, Harley Quinn, Catwoman, Bombshell, Green Arrow and others, is also involved. She also illustrated two issues of the award-winning MS. MARVEL series from Marvel Comics. Fans can also look forward to Marco Castiello. He has already drawn for Star Wars, Captain America Annual, Batman Beyond, Perry Rhodan and Ant-Man.

Sensational voice actors will be guests at the convention for the first time. The voices of Luke Skywalker (Hans Georg Panczack), Princess Leia (Susanna Bonaséwicz), Ron Weasley (Max Felder) and Jean Kirschstein (René Dawn Claude) can be experienced live.
A second premiere will be on top: for the first time in Austria, the original replica Star Wars props with interactive cockpits of Tie Fighter and X Wing will be presented at the VIE CC Vienna Comic Con. Up close and personal, literally: just jump in and try it out. 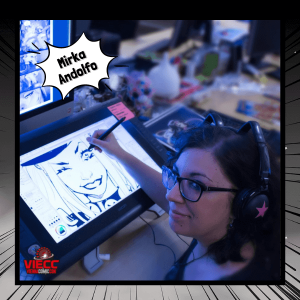 Fantasy authors as guests at the Reading Stage

This year, a huge fantasy authors’ section has also been set up. More than twelve authors in cooperation with PAN Phantastik Autoren Netzwerk, will hold readings on a “Reading Stage”. Fantasy superstar Kai Meyer will be among them.

This year, the VIECC has also come up with a great programme for kids and their parents. In addition to the already well known Kids Cosplay Contest, the VIECC Vienna Comic Con will also
host a Cosplay Dance Battle, a show in the Fighting Arena, a HASBRO Ne rf Tunnel and the adventure classics “face painting, bouncy castle and air slide”. 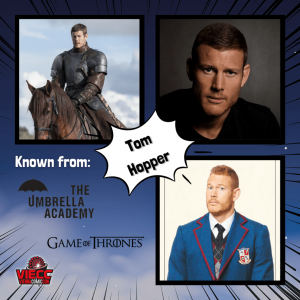 VIECC and VCA bigger than ever before

After the Corona related break last year, this year’s VIECC and VCA will be held in Halls A B, including the Congress Center. This m eans around 30 percent more space for visitors, cosplayers,
comic artists, fantasy authors, film stars and many more. The best weekend of the year can come!

When: Saturday, 20 November 2021 to Sunday, 21 November 2021
Where: Messe Wien (U2 station Messe Wien)
Info: The event will be held in compliance with all COVID health and safety measures.
Tickets and all info are available at www.viecc.com and www.challengersarena.com.