Only 5 days left of the Orient City: Ronin & The Princess Kickstarter and Zsombor Huszka and Ryan Colucci need your help. Here’s an interview we did with the creators.

This exquisitely animated short tells the story of a fallen samurai fool who takes on the job protecting a young girl. What inspired you to use animation to depict this tale?

Zsombor Huszka: Animation, specifically 2D animation, is where my background is. Ryan previously produced the CG-feature Battle for Terra: 3D, so right from the start we knew this was going to be animated.

Ryan Colucci: It didn’t even start with an idea. In fact, it was at C2E2 in Chicago where Zsombor was sketching a samurai Batman art print called Dark Ronin to help promote our graphic novel R.E.M. that we started spit-balling ideas…

Zsombor Huszka: And Orient City was born. We are both interested in making animated films that are not necessarily for children and we wanted the world to have this epic, grand scale… beautiful but ultra-violent at the same time.

Orient City: Ronin & The Princess is a hand-drawn creation. Why did you decide to use this traditional medium, and were you influenced by any new technologies?

ZH: An abstract 2D hand-drawn character always reflects the mind of its creator. Not that a 3D character is not very well thought through, but I still feel less of its creator and more of the computer. For me, just by looking at Chuck Jones’ genius interpretation of the creature known as a rabbit is the epitome of entertainment. So, it was never even a question in my mind that the characters were going to be in 2D. But as for the rest of the composition I’m much more opened for other technologies. From the beautifully hand-painted backgrounds, like in Miyazaki’s movies, to detailed renders of CGI we will use it all. With todays’ digital filmmaking technology bringing these different mediums together is easier than ever. It is very similar to how modern Japanese anime movies are built.

What can you tell us about your film, Orient City: Ronin & The Princess?

RC: It’s a project that has grown out of our mutual love of the western and samurai genres. We’re both massive fans of Sergio Leone and Miyazaki, and it just felt so natural as it started taking shape. And the shape is something we feel is unique – a city that stretches vertically. Towering up through the clouds, Orient City was built vertically on top of four rocks connected by the channels of water at their base. A city whose poor dwell at the bottom, quite literally. They live in favela-like neighborhoods, carved into the rock walls but featuring a distinct oriental-style. As the city rises up, connected by stairways and cable cars, so do the classes and high society lives an opulent, wasteful lifestyle above the clouds.

ZH: In the center of it all is Boshi, our hero.  Or the closest thing to it. He’s a fallen samurai who spends most of his time in an opium den. He’s hired by a man named Rooster to protect a wealthy family. Set up to fail, he winds up bonding with the daughter, Nessa. The little girl would rather become a great warrior than a princess and when she’s left all alone she must do exactly that.

RC: Calling him a hero is a bit of a stretch, at least at first. Our story is about redemption and revenge… and this is particularly true of the path Boshi must walk. 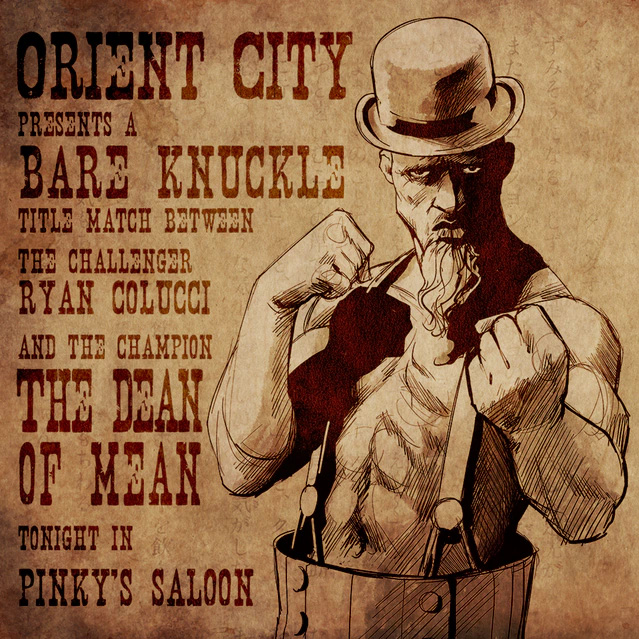 What experience do you have in animation?

RC: I produced the CG-animated film Battle for Terra: 3D, which came out in 2009 through Lionsgate. We’ve got a great voice cast with Chris Evans, Ron Perlman, Evan Rachel Wood, Dennis Quaid and a lot more. We actually built the animation studio from scratch. This was right out of grad school at USC – so instead of dealing with a live-action production crew, I was figuring out the optimal temperature for a render farm and then figuring out how to get a 15-ton condenser on the roof of a high-rise in Los Angeles to provide that cooling. It was intense and not at all what I had learned over the years of film schooling. I put that to use in my follow-up live-action feature, the vfx heavy White Space, which is still in post-production. Then, when I directed my first film, the micro-budget Suburban Cowboy, Zsombor and I came up with hand-drawn animated title sequences that have really helped it stand out as it gears up for the sales process.

ZH: In fact, those titles were nominated for a SXSW Excellence in Title Design at this year’s festival, against films like Spectre, Avengers: Age of Ultron and the Marvel series Daredevil.  Besides those, I’ve animated music videos for artists like Grammy-nominated Dirty South, Linda Kiraly and Viktor Kiraly, who was recently a finalist on The Voice. In fact, Viktor helped with the music for Orient City.

The look of Orient City is both traditional and unique. Can you tell us about your inspirations for the film?

ZH: The absolute first thought that came to my mind was, ‘What would an animated movie look like by Quentin Tarantino?’ We had some kind of answer to that in Kill Bill, but that was a Tarantino animation only in its content. Its ‘language’ was full on Japanese anime, done by one of my favorite anime directors Kazuto Nakazawa. Of course, I don’t want to make a Tarantino movie… I want to make a Zsombor Huszka movie, but that scene really put the idea in my head.
Probably the most important guideline I keep in mind for Orient City is that everything from the smallest details to the choreography of a fight scene has to have both Western and Asian movie elements in it. If I create a typical western wanted flyer, I make it a scroll and put it on rice paper with faded Kanji symbols on it. In an anime movie a fight scene has lots of jumping, running, sword clashes, kicking and punching, but in Orient City it seems like they all happen in a blink of an eye after a long and nerve-teasing stand-off, just like in classic western movies.

What are your thoughts on hand-drawn versus an industry that is more and more computer generated?

ZH: In 3D animation, the way they build environments and objects, then blend the whole composition together with visual effects is breathtaking. But as for the characters, they always felt lifeless to me. So I will always gravitate more towards hand-drawn animation for that reason.

RC: I know they get lumped in together, but they’re almost two different genres entirely at this point. I don’t know if I’ve seen a CG feature that was aimed at adults that I have really responded to. The level of realism isn’t quite there yet and yet too advanced at the same time, at least for me. It’s actually one of the biggest problems with my own film, Battle for Terra. The aliens were geared towards kids and the humans had this odd wanna-be realism… with a story that was fairly dark. It existed in this netherworld between young adult entertainment and adult fare. Ultimately, for me, it wasn’t as satisfying because of that artistic shortcoming.  And back to 2D animation, there just seems to be something majestic about it that, especially since it is rarely done nowadays. 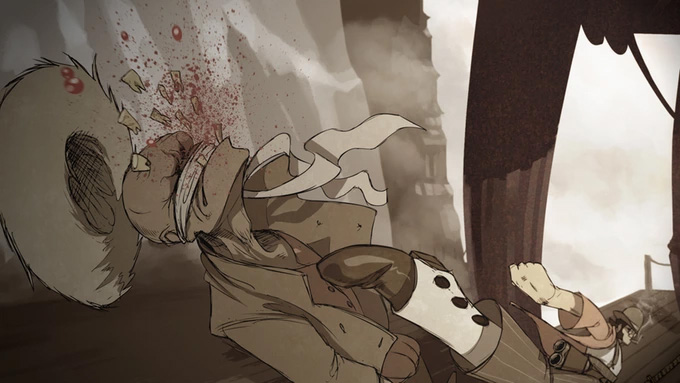 Is there an animated feature that really stands out for you personally?

ZH: I don’t even know where to start. The Triplets of Belleville and The Illusionist by Sylvain Chomet, basically all the Disney classics, Ninja Scroll by Yoshiaki Kawajiri, Samuel L. Jackson’s Afro Samurai was very well designed, and Cat City by Béla Ternovszky – a Hungarian animated feature I grew up on.

RC: It seems unfair to rank any of my favorites because there are a few that have really helped shaped my taste; anything by Miyazaki comes to mind, specifically Princess Mononoke. But I guess Ghost in the Shell is the one that stands out for me. It was the first time I saw an animated film that was definitely not for children. It wasn’t until then that I realized I wasn’t alone in the world. It transcends animation – it’s one of my favorite films, period. I’m excited and nervous, mostly nervous, for the live action version.

Can fans expect any extras on a DVD or BluRay?

RC: I think we’ll fill it with Zsombor’s previous animations.

What about future stories in the world of Orient City?

ZH: We’ve built an entire world… and we would love to keep telling stories in it.

RC: This is definitely the tip of the iceberg, whether it is alternate characters and storylines or an extended one about Boshi and Nessa. But we are focusing on the Ronin & The Princess right now and delivering it with the absolute highest quality.

Previously, you’ve collaborated on graphic novels. Any chance Orient City will be translated to the page?

RC: Actually, one of our stretch goals is turning this story into a comic. We are totally open to a longer format graphic novel if there is interest, but we would rather tell more stories in this medium before you see a full graphic novel… at least for Orient City. We have two graphic novels in production right now, Penny Black and Chasing Rabbits, and I have a habit of piling work on us… so I’m trying to give Zsombor some time to eat.

Thank you so much for your time. Do you have any words for aspiring animators?

ZH: Someone once told me that diligence is also a kind of talent. Find your passion and practice it diligently.

RC: Patience. Anything that has to do with the arts, just be patient. What we do is not necessarily well paid – or paid at all. If this is truly what you want, you need to persevere. Trust your vision and don’t ever give up.

Orient City: Ronin & The Princess is now available on Kickstarter.