After our interview 8 months ago a lot has happened to artist Dan Mora. We at Comic Conventions thought it would be interesting to return to him with another round of questions. Dan got his first Eisner Award a few weeks ago and his Grant Morrison-penned comic series Klaus also ended last week with issue #7.

Milán Kovács (Comic Conventions): Last time we spoke you were telling us about working with Grant Morrison and how it came to be.
Now I see you two together on photos at San Diego Comic Con. Tell us about that, what happened there? Was this your first time there?

Dan Mora: It was a great experience! It was my first time at San Diego Comic Con and everything was so spectacular, Grant was such a nice guy.

I can imagine it’s exciting when you are nominated for an Eisner but it did not stop at that you were actually awarded The Russ Manning Most Promising Newcomer Award.
How did it feel and what does an award like this mean to you? Did you have to give a speech too?

Well to be nominated was a feeling I can’t explain but to win… Winning was something else! I couldn’t believe it was for real, all the talented people around me, and I won? It was crazy and yes, I had to do a speech, but it wasn’t a very long one.

Since Klaus ended with the amazing issue #7 we can speak freely about anything related. I see a lot changed in your art over the course of 7 issues. We can clearly state that you got better and more confident as an artist.
Do you agree, did you feel more comfortable with the characters in the end? Would you return to them in the future for a possible sequel?

Yes I felt more secure with every issue, I enjoyed drawing Klaus a lot (who was a mixture of Batman and Superman), also Lilli and Krampus and I would definitely do it again.

[Next Question Spoiler Alert for Klaus!] 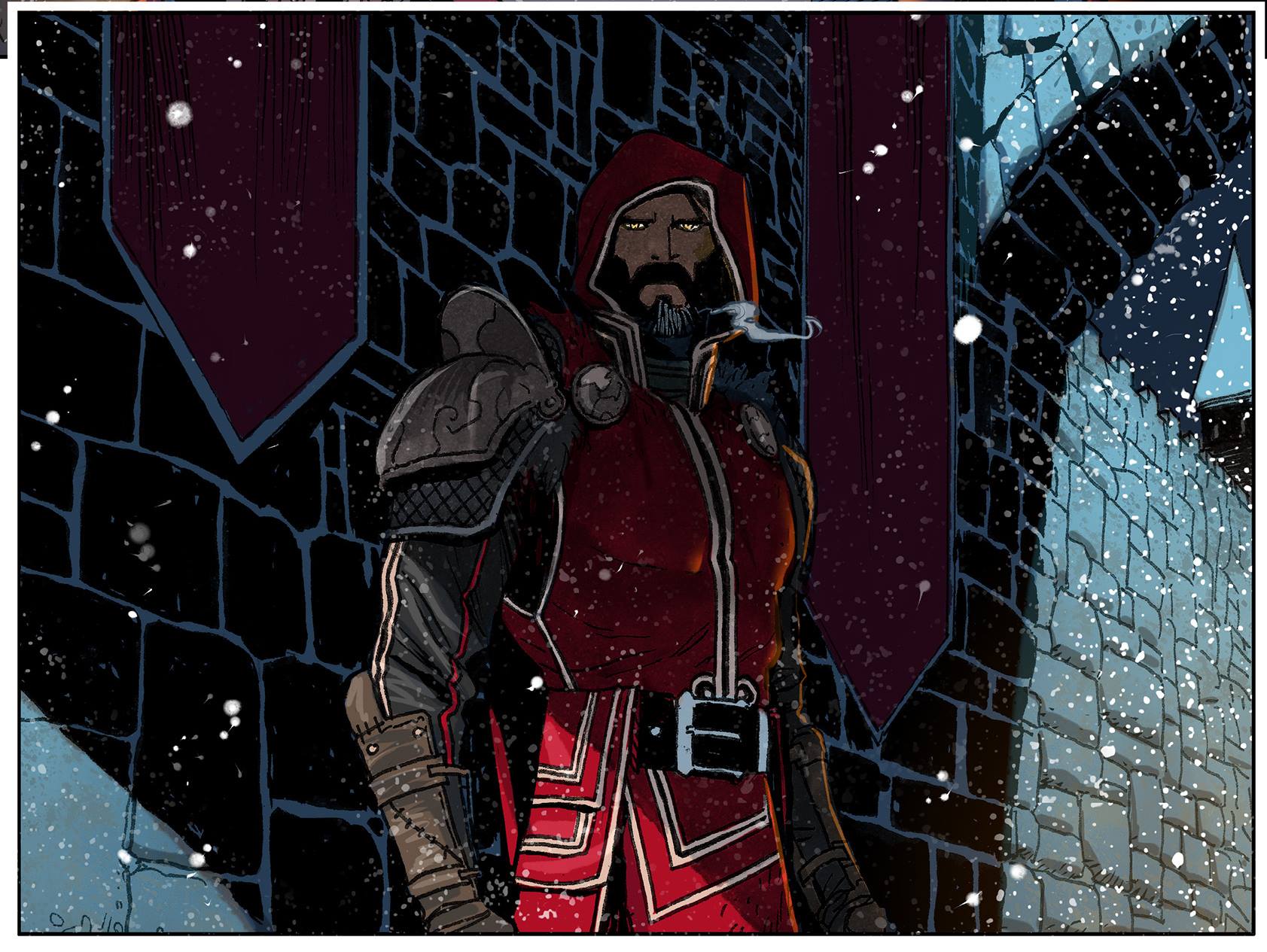 You and Grant managed to put the Krampus in Klaus in a very serious way.
Did you know this was the plan from the beginning or was a surprise for you as you drew the issues?

It was a surprise to me as well, I knew the general story, but there were some details that weren’t explained and some other things that were different in the first draft of the script.

Is there a dream character or title of yours? If you could choose what would you like to work on next?

If I have to choose only one character to draw in the future, it would definitely be Batman.

Your art style is to my eyes very ‘European’ with a unique character style and beautiful background-construction.
Not just because of that but I am curious how you manage to draw 20 pages or so in a month? Which kind of inspiration or reference do you use for the worlds you create?

I’m very glad you feel there are very good background constructions, sometimes I felt like I wasn’t doing enough on them. To finish 22 or 32 pages of pencils, inks and colors in a month was a great challenge, it required a lot of discipline.

On social media, fans can see your take on various characters from different publishers as commissions or fan art.
I am sure you enjoy doing these but it would be interesting to know how you approach them and make them yours, draw them in your own style? When somebody requests a character you are not familiar with, how do you solve that situation?

Well, lucky me, it hasn’t happened yet, I was familiar with all the characters I have asked to draw. I’m a big geek.

And lastly a half-serious question as here in Europe it’s unusually cold for a summer.
What is the weather like in Costa Rica now? 🙂

About his next project Dan only told us that we will like it. We can’t share any more details, so watch the news!

That’s it, folks! We at Comic Conventions wish best of luck for Dan Mora’s next project and hope to do another interview him again in the near future.