Portsmouth Comic Con 2018 is just 3 weeks away and we are starting 3-part series of a spotlighting comic guests appearing at the show on the weekend of 5-6 May, South of the UK in Portsmouth. Tickets are selling fast so get to their website and buy them already! 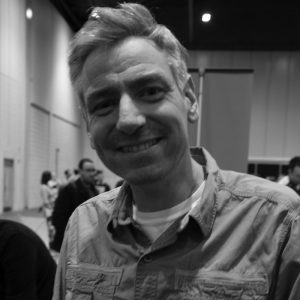 Chris Weston got his start working with Trigan Empire creator, Don Lawrence which led to a tenure on Judge Dredd. First garnering attention in America, working with Mark Millar on Swamp Thing, Weston went on to work for various US publishers on The Invisibles, Starman, JSA, Lucifer and The Authority. He gained a higher profile working on Grant Morrison’s The Filth, but is mainly known for his sterling retro-classic work on The Twelve, a celebrated 12 issue limited series that reimagined Timely (Golden Age Marvel) characters in a Watchmen vein before going on to work for Star Wars.

Russell Walks is an official Star Wars artist. Although his original goals included both becoming bionic and joining the rebellion against the Empire, Walks eventually decided his destiny lay along another path, and chose art school over adventure. Adept at both traditional and digital illustration & design, he has created art based on licensed properties for clients including Paramount, 20th Century Fox, Random House and many others. 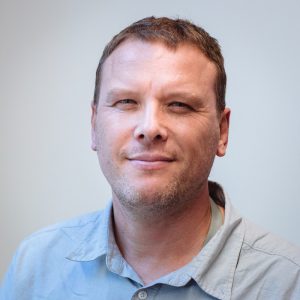 After many years working on book jackets, in advertising, and games, Kevin Jenkins joined the film Industry on the BBC’s Walking with Dinosaurs series before working on various shows as a Senior Digital Matte Painter and Lead Environment Artist.

After working as a Digital Environment Supervisor , it was Jenkin’s experience as Art Director on Steven Speilberg’s 2011 film, War Horse, which inspired his partnership with multi oscar winning production designer Rick Carter and much of the unit he would work with closely for the next several years.

As an Art Director and Lead Concept Artist, Jenkins led ta unit onto over 50 visual development projects, covering a huge range of work including the Oscar®-winning Golden Compass. the Zombie waves of World War Z, the intricate sets for Zero Dark Thirty, the creatures and characters of Dredd, the exo-suits and aliens for Doug Liman’s Edge of Tomorrow and the environments of Marvel Studio’s Thor 2, Guardians of the Galaxy and Avengers: Age of Ultron.

Jenkins now serves as Supervising Art Director at ILM London working on Star Wars. He is the only Art Director / designer to work on set for the entire Star Wars sequel trilogy . He was the Lucasfilm Design Supervisor for Episode VIII The Last Jedi and is currently working on Upcoming Lucasfilm projects.

A British comic artist based in Whitstable, Laurence Campbell’s first job was working on Caliber’s Negative Burn anthology but it was his work at 2000AD on strips like Breathing Space and Judge Dredd with Rob Williams, John Wagner and Si Spurrier that got him noticed. He later moved onto Marvel, working on books like Punisher, Wolverine and Moon Knight. Since 2013 he has been the regular series artist on Dark Horse’s longrunning Hellboy spinoff, BPRD. 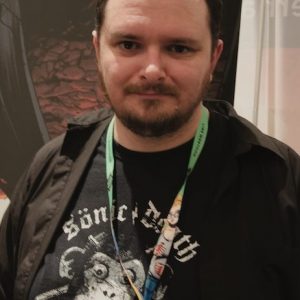 Declan Shalvey is an Irish artist and writer who first made his name on the UK indie comic Hero Killers which won him an Eagle Award. He soon moved on to work for Classical Comics, work which led to him being noticed by Marvel and DC.

He has worked on All-Star Batman for DC and Thunderbolts, Moon Knight, Deadpooland Civil War: Choosing Sides for Marvel. He has also had his work published extensively at Image Comics on series like Injection and the original graphic novel Savage Townwhich he wrote for artist Phillip Barrett. His distinctive style as an artist has won him fans around the world.