It’s Back!
Comic Con the Sequel is Coming Soon to Portsmouth – and tickets are selling fast!
There’s now less than one month to go until Portsmouth Guildhall welcomes Comic Con 2019 to the city on 4th and 5th May (Bank Holiday weekend), and the stellar line-up of guests and the range of family activities are not to be missed! Organised in collaboration with Tripwire Magazine and GoGeek Events, Portsmouth Comic Con will have something for everyone with the best in comic, film, TV and pop culture entertainment. 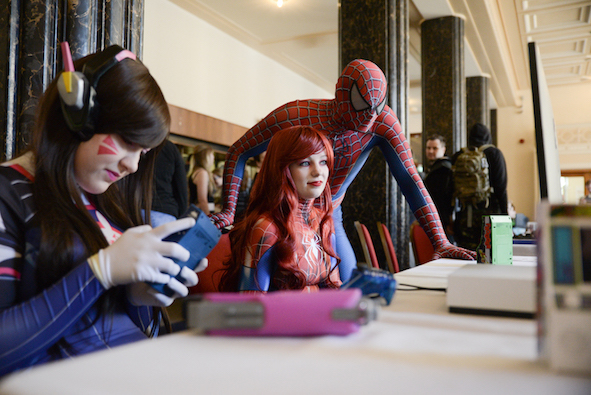 New for 2019, Portsmouth Comic Con has a super-sized announcement! Following the sell-out of last year’s inaugural event, a new 15mx40m glass-sided super-structure has been added outside in Guildhall Square to help accommodate thousands of extra visitors. The new structure will provide space for even more traders as well as housing an incredible exhibition for Star Wars fans…
It’s safe to say Portsmouth Comic Con is THE venue to be for Star Wars Day! It will be the only place you’ll find the Stormtroopers of the UK Garrison, the Isle of Wight Garrison and the Joker Squad UK in the same place at the same time. The Isle of Wight Prop Crew will also be bringing with them movie-standard, full-sized display speeder bikes, both of which will be displayed in front of a large, authentically reproduced Endor Bunker back drop.

And as the last season of Game of Thrones is released, Portsmouth Comic Con is pleased to announce that William ‘Will’ Simpson, the lead storyboard artist behind the medieval fantasy epic, is included on the stellar line-up of guests, and there will also be a special exhibition of Game of Thrones prints.
Come along and meet incredible international comic artist guests, including Roy Thomas, Steve Englehart, Tommy Lee Edwards and Liam Sharp, whose work has influenced some of the biggest box office hits like The Avengers, X-Men, Black Panther, Thor, Batman, Superman, Star Wars, Doctor Who, Hellboy, Kingsman and many more. The show also features the talent who have shaped the likes of Game of Thrones, Ready Player One and The Grand Budapest Hotel. Hear them speak, get their autographs and learn how they make their work.
There will also be the opportunity to pay homage to the late great Stan Lee with a panel, exhibition and memorial wall. Roy Thomas and Steve Englehart both worked closely with their Marvel compatriot Stan Lee. Join them on Saturday at 11am on the stage outside the Guildhall steps for the panel Celebrating Stan Lee, hosted by Tripwire’s Andy Coleman. 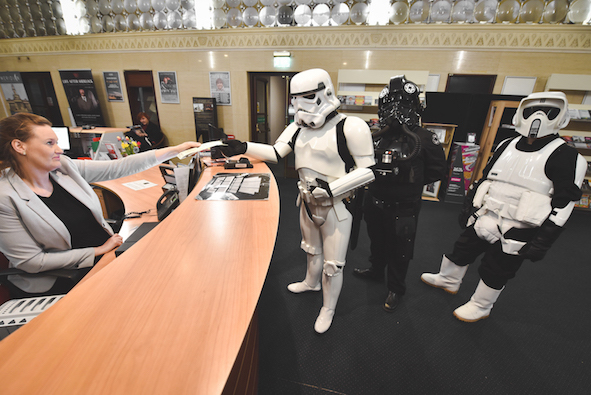 New for 2019 are the Tripwire Awards, celebrating the very best of UK and US comic talent. For over twenty-five years, Tripwire has been championing US and UK comics first in print and, since 2015, on the web. “We have been promoting comics for over 26 years and we felt it was time for us to launch our own awards which would take our support to another level,” says Tripwire editor-in-chief Joel Meadows.
Other attractions at Portsmouth Comic Con include:
Tickets are on sale now. For the full programme and to purchase tickets please go to: portsmouthcomiccon.com.
About Milán Kovács 69 Articles
Writer, fan and collector of comics. Founder of theDRAW.in and small press publishers Cyan.Ninja & ZSIGER.hu. Lives and works in Hungary. Loves travelling.